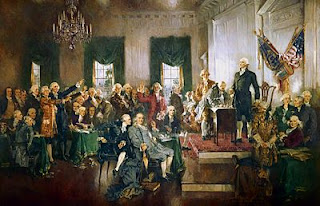 Up until recently I supported calling an Article V Convention of the States as part of an effort to bring the Federal Government under control.  But I have recently changed my mind about this.  Here is why:

It was September 15, 1787, and after nearly four months the Constitutional Convention was drawing to a close.  As the convention was reviewing the language of Article V, George Mason a delegate from Virginia had a concern.  Mason had sought to attach a Bill of Rights to the Constitution at the Convention but had failed.  Mason’s concern was recorded in the official record as follows:

Col: Mason thought the plan of amending the Constitution exceptionable & dangerous. As the proposing of amendments is in both the modes to depend, in the first immediately, and in the second, ultimately, on Congress, no amendments of the proper kind would ever be obtained by the people, if the Government should become oppressive, as he verily believed would be the case.

Mr. Govr. Morris & Mr. Gerry moved to amend the article so as to require a Convention on application of 2/3 of the Sts

Mr Madison did not see why Congress would not be as much bound to propose amendments applied for by two thirds of the States as to call a call a Convention on the like application. He saw no objection however against providing for a Convention for the purpose of amendments, except only that difficulties might arise as to the form, the quorum &c. which in Constitutional regulations ought to be as much as possible avoided.

The motion of Mr. Govr Morris and Mr. Gerry was agreed to nem: con

But Mason was still not satisfied and refused to sign the Constitution because it lacked a Bill of Rights.

Mason Continues His Campaign for a Bill of Rights
‘
Although the Bill of Rights with its Tenth Amendment was not yet part of the Constitution, James Madison wrote in Federalist Paper 45, Jan. 26, 1788:

The powers delegated by the proposed Constitution to the Federal Government, are few and defined. Those which are to remain in the State Governments are numerous and indefinite. The former will be exercised principally on external objects, as war, peace, negociation, and foreign commerce; with which last the power of taxation will for the most part be connected. The powers reserved to the several States will extend to all the objects, which, in the ordinary course of affairs, concern the lives, liberties and properties of the people; and the internal order, improvement, and prosperity of the State.

But these words were yet hollow because the Tenth Amendment was not yet part of the Constitution. 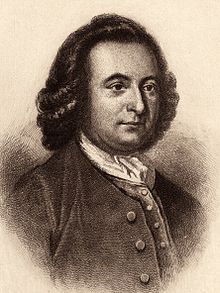 George Mason, father of the Bill of Rights

George Mason campaigned for and once again failed to get a Bill of Rights attached to the Constitution at the Virginia Ratifying Convention in June of 1788.

Mason’s failed fight for a Bill of Rights inspired fellow Virginian James Madison to introduce it a year later during the First Congress in 1789, and it was ratified in 1791.  One year later George Mason died.

Mason is regarded as the father of the Bill of Rights and was the primary author of the Virginia Declaration of Rights, which served as a basis for the United States Bill of Rights.

When we look at the whole picture, it appears Mason had been concerned at the Constitutional Convention that the Federal Government would never pass the Bill of Rights and he wanted to have a way that the States could add a Bill of Rights on their own.  This is clearly what he had in mind when he referred to “amendments of the proper kind” which could “be obtained by the people, if the Government should become oppressive, as he verily believed would be the case.”

The Alien and Sedition Acts

In 1798 Congress passed the Alien and Sedition Acts.  These acts were clearly unconstitutional, threatening to prosecute or deport those who criticized the Federal government.

Thomas Jefferson and James Madison reacted quickly, but what is especially telling is what they did not do.  They did not start a process of rallying the states to call for an Article V convention.  There would be no point in introducing an amendment guaranteeing freedom of speech and freedom of the press.  Such an amendment had already been passed and ratified in 1791 with the Bill of Rights, the Federal Government was simply ignoring it.  Clearly passing amendments would not restrain the Federal Leviathan.

Instead Jefferson and Madison passed the Kentucky and Virginia resolutions laying down the groundwork to enforce the Constitution that they already had through interposition and nullification.  This is the method laid out in the currently proposed Texas Sovereignty Act, which, if passed, would facilitate Tenth Amendment enforcement (and enforcement of the rest of the Constitution as well.

George Mason only intended his suggested revision to Article V as a means to allow the separate states to amend the Constitution with a Bill of Rights, because it did not yet have one.  However adding more amendments to a Constitution when the ones we already have are being ignored, would be as non productive as calling an Article V Convention of the States in the wake of the Alien and Seditions Acts.

Once the Bill of Rights was successfully added to the Constitution and were being ignored, George Mason would certainly have favored enforcing the Bill of Rights, not adding more amendments for the Federal Government to also ignore.

…should an unwarrantable measure of the federal government be unpopular in particular States, which would seldom fail to be the case, or even a warrantable measure be so, which may sometimes be the case, the means of opposition to it are powerful and at hand. The disquietude of the people; their repugnance and, perhaps, refusal to co-operate with the officers of the Union; the frowns of the executive magistracy of the State; the embarrassments created by legislative devices, which would often be added on such occasions, would oppose, in any State, difficulties not to be despised; would form, in a large State, very serious impediments; and where the sentiments of several adjoining States happened to be in unison, would present obstructions which the federal government would hardly be willing to encounter.

1. The disquietude of the people;
2.  their repugnance and, perhaps, refusal to co-operate with the officers of the Union;
3.  the frowns of the executive magistracy of the State;
4.  the embarrassments created by legislative devices

Notice he did not suggest calling for an Article V Convention of the States.

Some of the proposed amendments for an Article V convention would undermine many of the rights the states have right now.

The Supremacy Clause of the Constitution says:

To the contrary Thomas Jefferson wrote:

“…this [federal] government, created by this compact [the Constitution], was not made the exclusive or final judge of the extent of the powers delegated to itself, since that would have made its discretion, and not the Constitution, the measure of its powers; but that, as in all other cases of compact among powers having no common judge, each party has an equal right to judge for itself, as well of infractions as of the mode and measure of redress."
(Thomas Jefferson; Kentucky Resolution 1798)

"…the powers of the federal government as resulting from the compact to which the states are parties, as limited by the plain sense and intention of the instrument constituting that compact, as no further valid than they are authorized by the grants enumerated in that compact; and that, in case of a deliberate, palpable, and dangerous exercise of other powers, not granted by the said compact, the states, who are parties thereto, have the right, and are in duty bound, to interpose, for arresting the progress of the evil, and for maintaining, within their respective limits, the authorities, rights and liberties, appertaining to them."
(James Madison; Virginia Resolution of 1798)

Not only does the Constitution not mention the US Supreme Court in the Supremacy Clause, the Constitution indicates that it is State judges who are expected to determine if a state law is constitutional saying “…and the judges in every state shall be bound thereby, anything in the constitution or laws of any state to the contrary notwithstanding.”

The Tenth Amendment to the US Constitution reads:

The powers not delegated to the United States by the Constitution, nor prohibited by it to the States, are reserved to the States respectively, or to the people

"That the several states composing the United States of America are not united on the principle of unlimited submission to their general government; but that, by compact, under the style and title of a Constitution for the United States, and of amendments thereto, they constituted a general government for special purposes, delegated to that government certain definite powers, reserving, each state to itself, the residuary mass of right to their own self-government; and that whensoever the general government assumes undelegated powers, its acts are unauthoritative, void, and of no force; that to this compact each state acceded as a state, and is an integral party, its co-States forming, as to itself, the other party;…”
(Thomas Jefferson; Kentucky Resolution 1798)

Madison wrote in his Report of the Virginia Resolutions:

The Constitution of the United States was formed by the sanction of the states, given by each in its sovereign capacity. It adds to the stability and dignity, as well as to the authority, of the Constitution, that it rests on this legitimate and solid foundation. The states, then, being the parties to the constitutional compact, and in their sovereign capacity, it follows of necessity that there can be no tribunal, above their authority, to decide, in the last resort, whether the compact made by them be violated; and consequently, that, as the parties to it, they must themselves decide, in the last resort, such questions as may be of sufficient magnitude to require their interposition.
(James Madison; Report on the Virginia Resolutions of 1798)

The 2016 Texas Republican Party Platform calls upon our state several times to single handedly exercise this Tenth Amendment power to enforce that Constitution in Texas and nullify unconstitutional federal acts including Supreme Court Rulings that Texas determines are unconstitutional.
However one amendment proposed by both Mark Levin and Gov. Greg Abbot would allow 2/3 of the states to override a U.S. Supreme Court decision.  The problem is that under our current Constitution, if it were enforced, one state can override a U.S. Supreme Court Ruling that it finds unconstitutional right now.  This is the very process that Thomas Jefferson had initiated in reaction to the Alien and Sedition Acts, the very process that is laid out in the Texas Sovereignty Act, but a process that would be undermined by instead requiring 2/3 of the states to act together.

Another proposed amendment would require a seven-justice super-majority vote for U.S. Supreme Court decisions that invalidate a democratically enacted law.  The problem is that the Supreme Court has no such Constitutional power under a simple majority now.  They gave it to themselves in 1803 in the Marbury v. Madison decision.  Since SCOTUS is not given this power in the Constitution, and since the Tenth amendment says the Federal government has no powers not delegated to in the Constitution, SCOTUS does not actually have this power (if we enforce the Constitution that we have).  But this amendment would give them this right that they don’t legitimately have now and substantially curb our current Tenth Amendment rights.

Texas Governor Greg Abbot says he wants to strengthen the Tenth amendment, yet these amendments would both undermine it.

This would be like Jefferson and Madison responding to the Alien and Sedition Acts by calling for an Article V Convention to supposedly “strengthen” the First amendment, and then proposing amendments that actually allowed the Federal government the power to regulate speech as long as a super-majority in Congress supported it and 2/3 of the states did not overturn them!